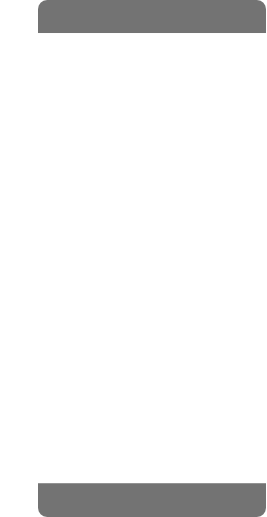 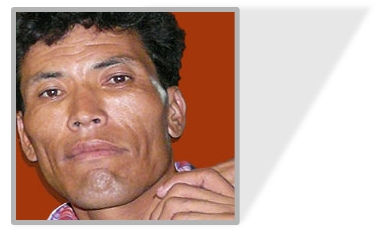 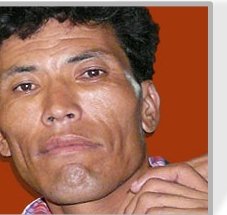 Hire Tenjen As Your Trekking Guide! 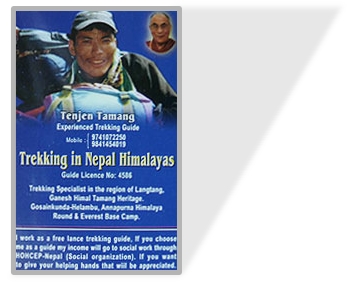 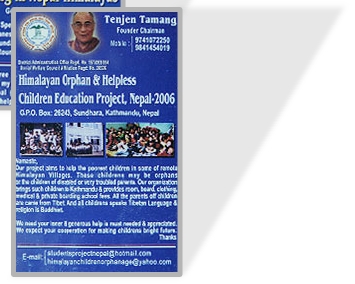 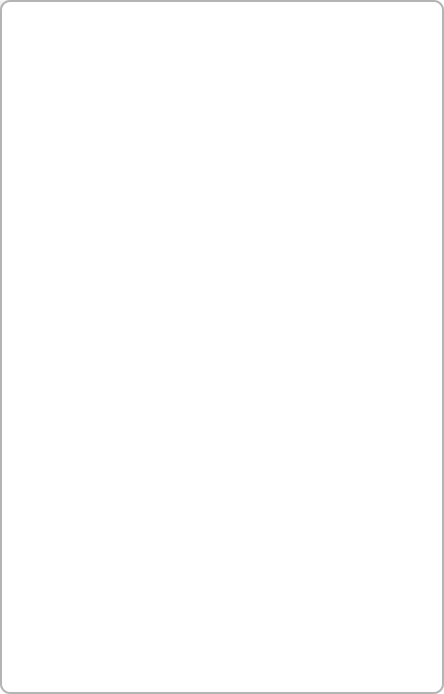 He also looks for schools and families to place new arriving orphans in Kathmandu and cares for the elderly people in Parphing. As a porter-guide Tenjen Tamang has the connections to the local villagers.

Tenjen was born in 1971 in Kangjim, District Rasuwa, Nepal in a poor family.

As his two  sisters he never went to school / One brother and two sisters died as children, there was no medical treatment available / Working as a child with his family in farming / Learning numbers and some counting from seasonal workers in the village /  Between the age of 13 to 18 herding cows / From 18 to 25 occasional work as porter for army and lodge owners. Carrying up to 65 kg (“free” porters are paid by the weight they carry) / From 25 to 28 Tenjen ran a small, basic guest-house in his parent’s home. The business decayed when a neighbour opened up a new built lodge.

In 1999 at the age of 28 love-marriage (lot of marriages in Nepal are prearranged by parents, not this one) with Nyima from Kangjim / Still working as a porter, now more and more also for tourists. He started learning some English and reading & writing from them / One year after the marriage birth of the first son / 3 years later birth of the second son and at the age of 34 their daughter was born / In 2003 the family moved to Kathmandu, hoping to find jobs in the tourism sector easier / Step by step he improved his English.

Tenjen has been working for several years as a porter-guide during the trekking season in Nepal.

“Why I like to engage myself in social work?”

“I had no chance to visit a school, although I wanted. I had to work in the fields when I was a small child. In Nepal you have to pay for schools. My family never had the money to do so.”

“When I started working as a porter I came out of my village. I saw many orphans and I always felt very sad seeing their misfortune. Usually they have no chance for education. They are sent for labour to relatives or to whoever takes them.

On the other hand I saw the children from rich families. They have everything from the start. Good education, food, clothing, medical care, all you need. Usually the education in Nepal’s public schools in remote places is bad, so mostly these rich children are visiting private schools in Kathmandu.

These contrasts remind me painfully often of my childhood.”

“I feel the need to do something as long as I can. We have duties in our life. This world will not be changed without us!” 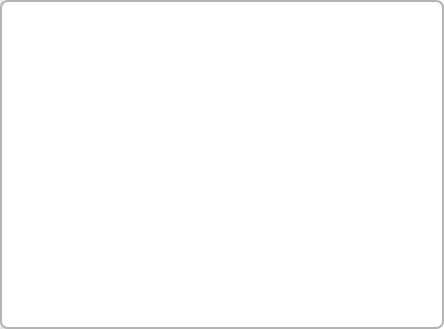 Tenjen was growing up in the Langtang region, so to him this is the most familiar part of the country. It includes Langtang valley, Ganesh Himal, Gosainkunda and Helambu.

Many times he guided trekkers in the Mt. Everest region and round Annapurna.

Tenjen is working on his own. Often his clients are singles or couples looking for individual trekking tours or for so called tea house treks in the more touristic mountain areas.

Hiring him as your guide will bring you much closer to the life and culture of the visited ethnics!

Travelling with Tenjen means having an experienced, responsible and friendly companion at your side.

“Contact Us “>> (Please note ‘Trekking’ into the subject field)

Tenjen would like to take courses in English language and in basic computer knowledge for better serving the project.

We are searching for a sponsor or donations! Thank you.